Dogs often carry a certain predisposition to specific illnesses and health conditions based on their specific breed and daily lifestyle.  Now, unless you’re a licensed veterinarian it can be difficult to know what these common diseases and illnesses are.

To help you set your expectations and prepare for a variety of scenarios, we’ve put together a guide to the most common health problems among dogs.  As a bonus, you’ll also have access to resources for pet insurance, pet shops, pet furniture, kennels, and other related topics.

The Most Common Health Problems Among Dogs

Parvovirus or parvo as it is more commonly known is an extremely contagious illness that can spread amongst dogs through direct or indirect contact with contaminated substances/objects.  More often than not, this illness is commonly seen in puppies and younger dogs.

Puppies are rather susceptible to contracting parvo as they’re more likely to be exposed after sniffing, licking, or consuming infected feces. Beyond this, many puppies are also in the process of parvo vaccinations which makes them all the more prone to its contagious effects.

Whereas parvo is common in puppies, cataracts are usually found in older dogs or those that have sustained considerable injuries to the eyes.  Much like cataracts among humans, dog cataracts are a type of opacity in the lens of the eye.

Left untreated, cataracts can cause severe vision impairment or even blindness in dogs without the strength to heal their eyes.  Beyond trauma, cataracts can also be caused by old age or other diseases such as diabetes.

An ear infection is a broad term for a medical condition affecting the ears and is characterized by swelling, pus, drainage, and a foul odor emanating from your dog’s ears.  This condition can cause considerable pain and may alter your dog’s usual disposition.

The most common causes of ear infections are bacteria, foreign objects, fungus, as well as ear mites.  Treatments will differ based on the specific cause of the ear infection.

Canine infectious tracheobronchitis, better known as kennel cough, is yet another contagious disease that specifically affects a dog’s respiratory system.  This illness is usually characterized by a strong cough that sounds similar to honking.

Similar to humans, dogs spread this cough amongst one another by way of infected droplets and direct contact with contaminated surfaces.  While this condition is easily treated, it’s important to seek out medical aid as soon as symptoms are noticed.

Heartworms are a rather serious illness that can cause a wide number of conditions such as lung disease, heart failure, and massive organ damage.  This terrible disease is the direct cause of a parasitic worm infection.

These worms dubbed Dirofilaria immitis are spread through the bite of an infected mosquito.  More often than not dogs are given supplements and vitamins that specifically target heartworms so as to prevent serious infections.

While we as humans can choose when to visit a doctor or seek a prescription, our dogs require regular check-ups to stay on top of their health issues. Now that you’re armed with this knowledge, we hope you find it easier to maintain your dog’s health all throughout their life. 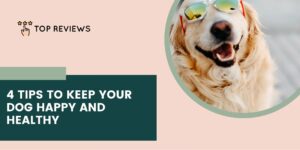 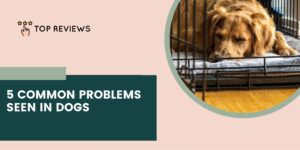 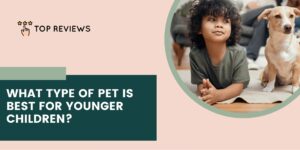