By Tony Wang
Posted on February 2022

The Internet is constantly advancing at a blistering pace.  With all the developments that have been made over the years, it’s easy to lose track of what the latest connections are and what they can do.

To clear up some confusion, we’ll be covering the basics of broadband Internet connections.  In addition, we’ll also be answering some common FAQs to further address specific concerns that we’ve identified among our readers.

The Basics of Broadband Connections

Before we bombard you with technical terms and the like, it’s time to answer the biggest question among our readers: “what are broadband connections?”.  In short, broadband is a form of Internet that uses cables or telephone wires to move large quantities of information.

Now, broadband is just one of many Internet connection types.  To go into detail about each specific type would take quite a bit of explaining so we’ve thought up a simple but effective analogy.

Internet connections are essentially like vehicles that carry data instead of passengers.

With this in mind, broadband Internet would be akin to a passenger plane since it carries data across great distances at extremely high speeds.

Just like planes, there are multiple forms of broadband Internet connections.  The most common types of broadband connections include digital subscriber lines (DSL), fiber, cable, and satellite.

Among these forms, broadband fiber connections are by far the fastest with some connections reaching speeds of over 200 megabits per second (Mbps).  For reference, the average connection speed for broadband Internet across the globe is 28.69 Mbps.

Now that you have a basic understanding of broadband Internet connections, it’s time to address some frequently asked questions.

What is the average broadband speed in New Zealand?

Towards the end of 2021, New Zealand’s broadband Internet speed clocked in at a whopping 202.42 Mbps, making it the 18th ranked country in terms of fixed Internet speed.  It’s important to note that this value can still rise or fall depending on your specific Internet provider.

How much does broadband Internet cost?

The cost of broadband Internet services is usually from $50 to $120 per month depending on your specific service.  As a rule of thumb, faster Internet plans with larger data caps will almost always cost more than slower, low data cap plans.

To make things a bit easier, we’ve drawn up a basic outline of broadband Internet costs:

Why are broadband fiber connections so fast?

Fiber optic cables allow data to travel roughly 20 times faster than standard copper transmission wires.  Because of this extremely quick travel speed, you are able to receive data much faster than traditional connections would allow.

This is due to the fact that transmission wires tend to heat up, which in turn causes a weaker signal and stronger interference.

What causes a slow Internet connection?

In truth, there are many possible causes for a slow connection, to make things simple we’ve identified some of the most common causes below.

How can I boost my Internet speed?

If your Internet is properly set up and you are still experiencing slow connection speeds, the first remedy is always a quick modem restart.  This may be accomplished by simply switching your WiFi router on and off.

The next possible fix for a slow Internet connection may simply be to ramp up your signal strength with a WiFi extender.  These devices act like smaller modems that magnify signals within a specific space.

Alternatively, it’s also possible that running a VPN may help increase your speed by limiting your service provider’s throttling capabilities. It’s worth noting however that your VPN should be reliable so as to avoid actually slowing down your Internet instead of speeding it up.

Why do some devices have faster connection speeds?

For laptops and desktops, connection speeds are usually determined by the device’s ability to receive signals.  Newer models will usually have more efficient processors and in turn, stronger WiFi connections.

In the case of tablets and smartphones, the situation is essentially the same as newer mobile devices will often have greater connection capabilities

That wraps up our quick guide to broadband connections.  If you’re in the market for reliable Internet services, we’d recommend keeping this guide handy so you’ll always have a refresher for broadband Internet capabilities and the like. 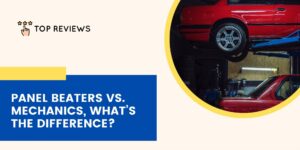 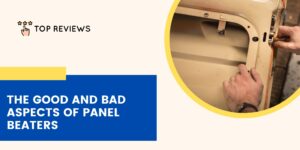 Is hiring a panel beater worth it?
Continue Reading... 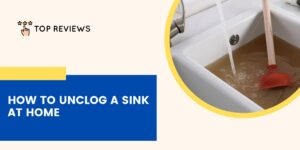 How to unclog a sink at home
Continue Reading...