By David Harris
Posted on January 2022

Death is a natural part of life, but that doesn’t always make it easy to accept.  To help people part with their loved ones, funerals are practiced all over the world, with each culture having its own unique take on coming to terms with death.

In The Land of the Long White Cloud, funeral rituals are mainly based on Maori and Christian practices.  This is due to the early presence of the Maori people and the large population of Christians today.

The growing diversity among Kiwis has also contributed to many other funeral practices being adopted in the country.  So, to help you understand these rituals, their purposes, and their costs, we’ve created this guide.

First, we’ll explore the most common funeral practices to provide a rough idea of Kiwi funerals in general.  After this, we’ll explore in-depth details such as burial laws and funeral costs.

The Most Common Funeral Practices in NZ

Since the Maori were the first to settle in New Zealand, their culture and practices became the basis for many Kiwi funeral practices.

But, as more and more ethnic groups arrived on the island, the traditional Maori funeral changed to accommodate more modern practices.

Beginning with the Maori culture, a funeral or “Tangihanga” is a mourning ceremony that takes place over the course of 3 or more days.

The first step in this process is to gather the person’s remains and bring them to an ancestral tribal complex.

This complex is known as a “marae” and it usually consists of an enclosed courtyard bordered by several tribal buildings and a meeting hall.

If the deceased person does not have an ancestral marae, they may instead be brought to a funeral home, church, or their familial home.

It has been reported that about 80 funeral services are held every day on marae and in churches, synagogues, mosques, and funeral homes.  Each location has its own unique features and the question of which is best really depends on one’s final wishes.

In terms of bodily preparation, old practices would see the deceased placed in the fetal position and wrapped tightly with several layers of cloth.  Today, this has changed to the standard practice of embalming and an open casket when possible.

Once the body has been prepared and brought to the funeral setting, the bereaved family will welcome guests while keeping a constant watchful presence over the deceased.  During this time visitors are encouraged to share stories, fond recollections, and speeches.

Songs will be sung and tears will be shed in the name of remembering the good things that the deceased person has done.

Previous traditions did not allow the bereaved family to eat during this 3-day process. Nowadays, however, the family is allowed to eat after each day when there are no more visitors present.

Throughout the entire funeral procession, it is imperative that the deceased person always be accompanied by one bereaved family member until they are buried.

On the final day of mourning, a service is held and presided over by a priest or “tohunga”.  Final farewells are said, gifts such as flowers are given, and the body is carried to the urupa (traditional cemetery) where they are laid to rest.

When the service is complete, visitors are expected to wash their hands at the water containers present in most urupa.  This process is believed to wash away ill tidings and negative energies that cling to the living.

In the case of an at-home funeral, the tohunga will walk through the home chanting prayers and sprinkling water.  This is another way of cleaning the surroundings of negative energies that have built up over the mourning process.

After the burial is complete, mourners will usually gather one more time to share a meal, cooked or catered, with one another.  This is known as “te hakari” and it is accompanied by additional prayers and chants as a means of helping the deceased pass over to the next form.

One final funeral tradition is the exhumation and reburial of the deceased person’s bones roughly a year after their burial. Over time, this process has been changed to the unveiling of a gravestone.

As previously stated, some rituals have been changed in order to accommodate other cultures and beliefs.  In some cases, bodies are cremated as opposed to embalmed, but other than this, the process of tangihanga remains the same.

In the case of Christian Maoris, it is not uncommon for Christian and Maori rituals to intertwine during funeral processions.  One such example is the practice of reciting Christian prayers prior to the burial during the cemetery procession.

It is also not uncommon to see these Kiwi traditions mixed in certain ways with other forms of religion.

Ultimately, the root of Maori funeral rituals lies in honoring the deceased, remembering their deeds, and helping the living cope with loss in a wholesome manner.

It’s certainly not frowned upon either if the bereaved decide to seek help coping with that loss, by the way. If at any point you or a loved one still finds the pain unbearable, New Zealand is home to many qualified psychologists in places such as Auckland, Christchurch, and Wellington, to name a few.

Before a loved one is buried or cremated, there are certain legal documents that must be arranged with the local council or government.  Along with this, a certificate of death or order for disposal must be presented.

In the case of cremation, an application must be filed with the local council office along with one permission-to-cremate form.

In addition to this, the death certificate of the individual in question must be presented as well as a certificate of medical practitioner from a doctor or nurse. It doesn’t matter if the practitioner is from a public or private healthcare institution.

These documents are to be presented on the day of the cremation as a means of recording cremated bodies and organizing the entire process.  Last but not least, some documents also need to be filed with regard to where a person will be buried.

But, it is worth noting that most laws under New Zealand’s Burial and Cremation Act do not apply to those buried in Maori urupas.

This allows the Maori people to continue most of their funeral traditions without being affected by the act.

Where Funeral and Burial Services Can Be Held

In New Zealand, bodies are usually only allowed to be buried in public cemeteries, religious burial grounds, urupas, or private burial grounds.

However, in specific cases, if there is no viable burial site within 32 kilometers of the place of death, the body may be buried elsewhere.

Naturally, it is important to seek permission from the owners or managers of the above venues to avoid trespassing.

How much do funerals cost in NZ?

As necessary as they are, funerals and burials are also relatively expensive in New Zealand due to the various costs and fees associated with such services.

In many cases, the bereaved family is also too stressed to handle funeral planning, thus the added cost of a funeral director is often added to the total.

(These funeral directors can make the planning process easier by handling the embalming, transfer, and treatment of the deceased.  Many directors can also aid in preparing documents for burials or cremations.)

The next thing to consider when planning a funeral is the cost of the cemetery plot and burial fees. These costs are often the biggest as they are set by local councils and will vary largely from place to place.

Together, cemetery plots and burial fees can range from $1,000 to $5,500 depending on the specific location.  The type of coffin you choose for the deceased can also raise costs, with some caskets going from $350 all the way to $5,000.

Adding these costs together, a Kiwi funeral and burial service can run between $4,000 and $15,000.  For the most part, this price range would accommodate a funeral director, a cemetery plot, burial fees, embalming fees, a coffin, a celebrant, and transportation.

Ways to Reduce the Cost of a Funeral and Burial Service

Due to the high cost of a traditional funeral service, many Kiwis opt for cremation instead of a burial.  This mitigates the need for a large burial plot as well as transportation fees and the purchase of a coffin.

While it may not fully cover the cost of a funeral, certain life insurance, and funeral insurance policies can help to further reduce costs.  Being aware of this, many Kiwis have reported having some form of insurance to help cover the cost of their funeral ritual.

Some policies can offer reductions as high as $8,000, which may sometimes cover the cost of small services.  Though this won’t ease the pain of loss, it can at the very least make things easier to handle. 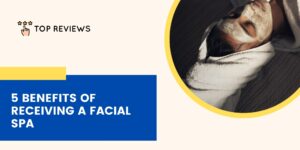 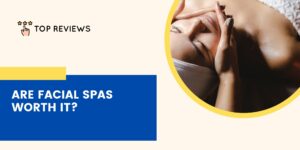